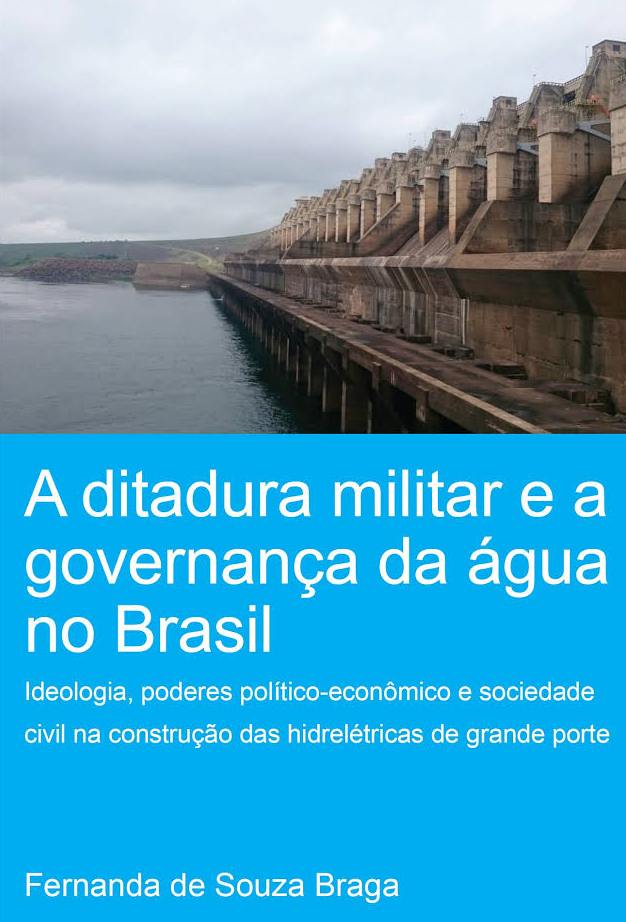 This book discusses the way civil society currently takes part in water governance in Brazil, since the creation of hydroelectric plants in the country during the military government from 1964 to 1985. Having five chapters and based in the field of Political Ecology, the author critically identifies the economic agents that benefited from hydroelectric plants construction and management, as well as the social actors and movements that resisted the construction of the plants.

In the first chapter, the author draws a history of the concepts of governance and water governance, defining the later as a socially constructed process around the use of water that is performed through conflict and cooperation in order to achieve consensus on management, policies, and decision-making processes. The author upholds a participatory view of governance and considers that civil society is involved in this process.

In Chapter 2, the author provides an historical analysis of the Brazilian electric sector between the 1920s and the 1980s. The text notably exposes the key moments when the main companies and government commissions have been created and analyzes the participation of electric sector actors during the military period.

In the third chapter, the book investigates the construction of three Hydroelectric Plants in the Brazilian Amazon: Tucuruí in Pará; Balbina in Amazonas; and Belo Monte in Pará. This case study-based chapter highlights some of the social, economic, and environmental impacts of these hydroelectric plants, such as an increase in poverty, economic inequalities, and loss of natural forests.

In Chapter 4, the books turn towards a review of journalistic material published in newspapers of the times (O Estado de São Paulo, Jornal do Brasil, Veja Magazine, and Manchete), as well as jingles and films of the Government Propaganda that were produced at the end of the 1970s and the beginning of the 1980s. The analysis discusses how hydroelectric plants were the focus of government campaigns that stressed their economic importance and their key contribution to reaching the ideal of the so-called 'Great Brazil' or 'Power Brazil'.

In the last chapter, the author analyzes the social movements and, at times, the manifestations and mobilizations that emerged in reaction to the construction of the Itaipú, Sobradinho and Tucuruí Hydroelectric Plants and that stressed their negative social and economic impact on the affected populations. The book notably investigates the history, actions and accomplishment of one of these most important social movements, the Movimento dos Atingidos por Barragens (Dam Affected People Movement).

In its concluding remarks, the book asks "why is the Brazilian water resources system, considered a consistent system, unable to effectively promote participative and democratic water governance in the country?" (p.184), and answers that it relates to its "modern roots" (p.191) and the military dictatorship. The author further highlights the difficulties for present day water governance and links them to social issues that date back to the military dictatorship and are yet unresolved such as: the lack of connection between sectoral planning and the elaboration of water resource plans; the lack of protection of indigenous reservation areas; and the existence of an imagery related to megaprojects and State power.

Although it is not the focus of this work, it is important to consider that difficulties to implement participatory water governance in Brazil has older roots than the 1964 military dictatorship. This is due to Brazil being a country with slavery heritage and an exporting agrarian past, which affects its socio-spatial formation and the way social relations are structured in the country, with high inequality in income distribution and high poverty rates. These processes, as well as the consolidation of an industrial bourgeois class after 1929, hamper the consolidation of democratic and participatory water governance in Brazil. However, this lack of a longer historical perspective does not detract the work, which is a great contribution and will be of interest to readers concerned about water governance, the energy sector and hydroelectric plants impacts in Brazil.