Water supply in a mega-city. A political ecology analysis of Shanghai (Webber, Barnett, Finlayson and Wang, 2018) 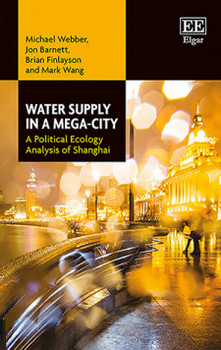 A very well documented, clearly written and intellectually stimulating account of how, despite sitting at the mouth of one of the world largest rivers, Shanghai has become a place in which you cannot drink the tap water. As the authors emphasize from the outset "The forms of water that come out of people’s taps are produced by a myriad of interacting processes. They are the bastard child of biophysical and human processes, the precise contours of which are themselves the product of a long series of political choices made in the face of imperfectly understood and regionally specific environmental systems, in the light of historically changing technical capacities, and implemented by bureaucracies that were – to regionally and historically varying degrees – united and capable". The book therefore successively analyses the properties and capacities of the Changjiang River, the infrastructures, the households, the governments, and the corporations to show how particular assemblages of biophysical and human processes have produced such an outcome. But the consequence of this theoretical framework is that "supplying more and cleaner water is not a matter of quickly implementing a new technology or copying a policy; rather, it is a matter of first identifying and then adapting to or modifying the drivers of the behavior".

The reader's curiosity about how the successive analyses are finally going to be pieced together is kept alive along the chapters. The penultimate chapter resorts to Bayesian Belief Networks to investigate what sorts of futures might be imagined for the supply of water to the municipality. Somewhat expectedly, the chapter does not offer a fully-fledged model of the system/assemblage under study and its complexity is not fully unraveled. Nevertheless the book reads as an interesting and original pluri-disciplinary undertaking that has the potential to inspire researchers interested in urban metabolism and political ecology.