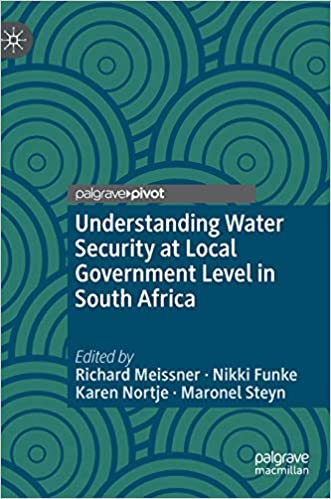 Reading this book is a little like watching Luigi Pirandello’s play Six Characters in Search of an Author. In the play, six actors arrive from back of house requesting an author. Their predicament is that the author who created them failed to finish the story, and that they are unrealized characters who have not been fully brought to life. In the Meissner et al. collection, Chapters 3 and 4 (but Chapter 3 in particular) are like Pirandello’s six characters: they have been authored but not fully realized. In order to bring them to life, the editors – like Pirandello’s stage manager – construct three chapters around them, to help give them context and thus bring them fully to life. It is yeoman work that, in my view, largely fails to deliver. Without doubt, Chapter 3 (and to some extent, Chapter 4) is a stellar example of first class research. But, like Pirandello’s six characters, at the end of the day, it is largely left out on its own.

Overall, the book makes for interesting reading - though it would have benefited from a thorough edit to correct endless errors of grammar and syntax. Meissner writes both a brief introduction and conclusion where he toys with the idea of 'individual-centred water security', an interesting concept that is badly under-developed. Chapter One discusses 'Water Security and South Africa'. It is a chapter full of interesting facts, figures and photographs, so constituting a useful read on its own. Its concluding paragraph argues for "water integrated design underpinned by integrated decision-making and planning for disaster … while at the same time including aesthetically pleasing and liveable environments for all" (p.36). This sounds like a collective, societal effort, so how it relates to 'individual-centred water security' is unclear to me. Chapter Two shifts to 'An Analysis of International and South African Discourses and Perspectives on Water Security' wherein the authors claim that "few academics have written about water security from a South African perspective", a claim that is patently untrue as there has been a robust multi-decadal discourse centred on the topic to which most of the authors of the monograph under review have themselves contributed. The chapter presents the findings of a desk study of how the concept of water security emerged and is used globally and in South Africa. It then turns to 'on the ground' perceptions of water security derived from 14 interviews conducted with "some South African water managers and applied scientists who focus on addressing water management-related issues" (p. 49). As with the previous chapter, it provides interesting reading while reaching fairly obvious conclusions: that theory and practice, global thinking and local contexts must align if the challenges of water security are to be met. How this relates to a theory of individual-water security is unclear.

In Chapters Three and Four, the book makes a sharp turn toward interesting, novel and creative studies that result in important findings. Chapter Three focuses on perceptions of water security in four communities located in two very different environments within South Africa, Sekhukhune District Municipality (Limpopo Province) and eThekwini Metropolitan Municipality in KwaZulu-Natal Province. One conclusion the authors’ reach is that "Water security … is a state of mind based on context-specific (i.e. localised and individualised) perceptions and practices by individuals of water-related threats and/or opportunities and how it influences them and their surroundings and interactions with others" (p.122). This leads the authors to speculate on how to aggregate these disparate perspectives in order to inform appropriate policy responses. Their answer, in part, is that once causal mechanisms are discerned - i.e. why a particular individual or group perceive water security to be 'x' - then practitioners will be able to construct appropriate mechanisms not only for achieving water security but also to influence perceptions (ibid.). What the authors seem to be hinting at here is the utility of aggregate data in the socialization process. In other words, demonstrating to individuals that there are shared norms and values surrounding water and that action on behalf of the collective (at whatever scale) should be informed by polling the individual in a meaningful way. Thus, Chapter Three seems to suggest, not the relevance of a theory of individual-water security, but the centrality of the individual in shaping action for collective water security.

Chapter Four builds on the findings of Chapter Three in order to develop a "typology towards understanding water security in South Africa" (p. 146). In addition to a desk study, the authors "conducted 67 semi-structured interviews’ across ten stakeholder groups and one focus group discussion in each of the four communities" (p. 146). The ten stakeholder groups are: local communities and traditional leaders; academia and research; national and provincial government; district and local government; informal business; formal business; non-governmental organisations; water boards and irrigation boards; tourism; and mining and industry. (How these ten 'stakeholder groups' fit into a theory of individual water security is also not clear.) Their findings revealed eleven different water security groups, varying from those who perceive water security as balancing supply and demand to those who perceive 'water is life'. The chapter highlights the myriad ways in which people articulate their need for water and raises many interesting questions. Most of the more important questions, it seems to me, remain unanswered. One important question pertains to the typologies themselves: are they truly distinct categories or do they shade into each other? For example, for those who fit into 'the future is now' typology, where "the capabilities of foresight and planning can enable better water security" (p. 154), does this mean that they do not perceive 'water is life' or as requiring effective 'operative infrastructure'? Furthermore, how do the ten stakeholder groups divide into the eleven typologies? These are important questions if one is to craft a water security strategy to serve the needs of all South Africans. If one takes the chapter as a starting point for further inquiry, there is much of value to be gleaned from it.

In the final chapter, Richard Meissner attempts to round out the book. Here he argues that a definition of water security built around "context-specific perceptions and practices by individuals … moves the notion of water security away from the built infrastructure and legislation we are used to equating to water security in the South African context" (p. 164). Does it? In my reading of the preceding chapters, there is nothing to exclude either infrastructure or legal systems and institutions from popular perceptions of water security. After all, using a bucket to fetch water from a stream is the application of technology in a context of some sort of legal system, be it traditional practices or Roman-Dutch law. In a concluding chapter one would have liked to see deeply considered engagement with the findings of the previous four chapters in order to meaningfully answer the question of how we are to understand water security at local government level in South Africa? At the end of the day, the reader is left with no clear answer to this question. Neither is it clear how an underdeveloped theory of individual-water security adds value either to the book or to water security theory in general.

In sum, my recommendation is to treat the book as if it were a journal special issue. If you want a primer on water security in South Africa, go to the Palgrave Macmillan website and buy that chapter. If you are interested in the social-psychology of 'water security', then go to the website and buy chapters three and four. What I liked most about the overall publication is the involvement of a new generation of scholars in the crafting of the individual chapters. What is clear is that if South Africa is to achieve water security by ensuring 'some water, for all, forever', as the Department of Water and Sanitation saying goes, it is the next generation that will have to do so. Meissner et al. are correct to say that water security - in South Africa or anywhere else for that matter - is not simply a puzzle to be solved with technical-economic-legal tools. There is a deeper social-psychology at play. The authors are to be lauded for their attempt to bring this insight to the forefront of analysis.