A city on a lake. Urban political ecology and the growth of Mexico City (Vitz, 2018) 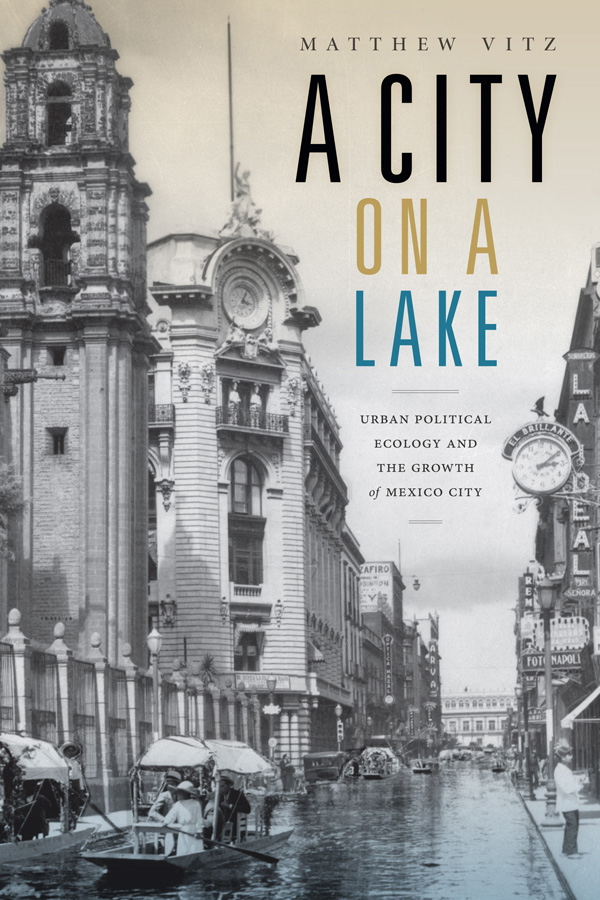 To cite this Review: Wolfe, M. 2020. Review of "A city on a lake. Urban political ecology and the growth of Mexico City", Duke University Press, 2018, by M. Vitz, Water Alternatives, http://www.water-alternatives.org/index.php/boh/item/148-mexico

Matt Vitz’s recent book, A City on a Lake, not only helps to remedy this deficiency, but also deploys innovative conceptual and methodological approaches to the history of urban environments. Water is of course central to the study of any urban environment, but perhaps none more so than for Mexico City. As the title describes, Mexico City was literally a city on a lake (or, really, lakes), when the Spanish conquered it from the Méxica people and established New Spain in 1521. The story of how the Spanish sought to drain those lakes during its colonial rule that ended in 1821 is a familiar one, although many important details and dimensions of it have yet to be researched. Surprisingly, perhaps even less is known about how Mexico City went from a seemingly bucolic city with clear air, crystalline waters, and thick surrounding forests in the nineteenth century, to the epitome of a dystopian megalopolis by the late 20th century, replete with regular flooding, land subsidence from over pumping groundwater, desiccated lakebeds generating dust storms, and deadly air pollution from fossil fuel burning, to name just a few vices.

Vitz asks the straightforward question of how this transformation came about over the course of the twentieth century. To answer it, he draws on the scholarship of urban political ecology, which “places nonhuman nature—reworked, regulated, and contested—squarely within the urban fabric (8).” In this sense, the urban fabric becomes a “socionatural hybrid” that blurs the human and nonhuman elements of nature, including “water, waste, dust, and forest products and commodities.” The book, which contains seven chapters in more or less chronological order, tells the story of how various groups of experts, which he collectively labels “environmental planners,” helped to rework nature to facilitate rapid urban growth. But elites, whose documentation is the most plentiful and accessible in the numerous archives that Vitz consulted, are not the only actors in the story. Indeed, he devotes an entire chapter to the political ecology of working-class settlements that shows how marginalized communities suffering a lack of urban services, including potable water, and the dust storms generated from the dried Texcoco lakebed, organized to better their lot.

In sum, this book will quench water scholars’ thirst for an engaging and scholarly rigorous history of Mexico City’s twentieth century environmental transformation, including the changing politics surrounding water use and abuse.