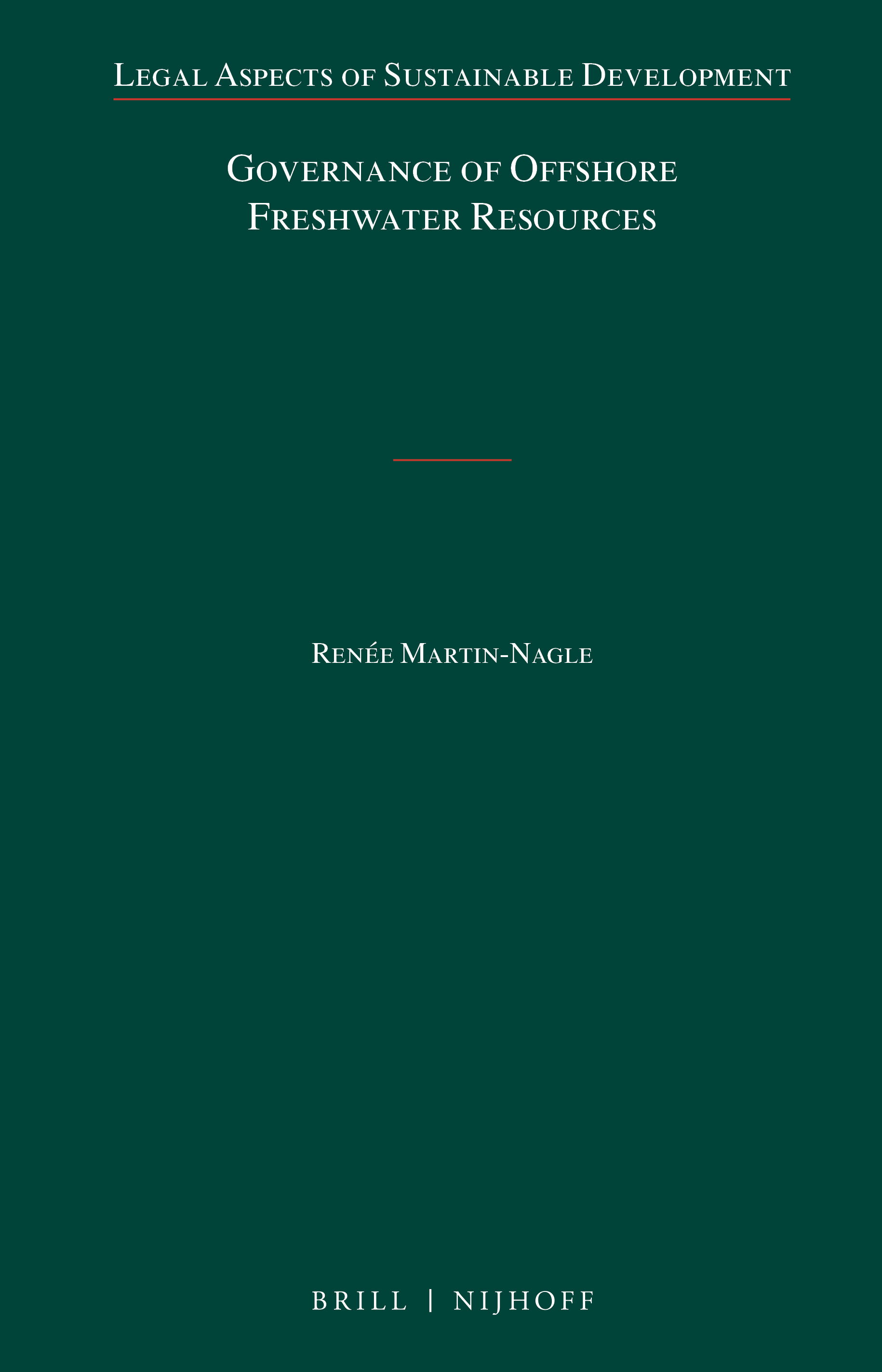 This fascinating text brings together three areas of international law – regarding the seabed, land-based freshwater, and offshore hydrocarbons, which are not necessarily or usually considered together, to discuss the possible exploitation of offshore freshwater aquifers. The underlying question and topic are novel – no-one else has been exploring this, at least from a water-centered, rather than hydrocarbon-centered, perspective. It makes a valuable synthesis of these areas of law through a new perspective and the last chapter links the findings with vitally important emerging concerns including the right to water and water as a 'global commons'.

The 'water crisis' is well known, at least in academic circles; too much water, or not enough; in the wrong places, at the wrong times; theoretically self-renewing and self-cleansing, but in reality polluted, over-abstracted and under-valued. It may be a crisis of governance, as many have claimed, but its proper management is a matter of science, as well as economics and indeed of law. Water is also a cross-cutting development goal, affecting every one of the other Sustainable Development Goals. And it is not the 'new oil' – it is non-substitutable and essential to survival; it is far more important than that. Nonetheless some of the tropes of energy management can be applied to water and the introduction to this book notes the concept of 'peak water', and the likelihood (magnified by climate change) that half the world’s population will live with water scarcity by the middle of the century. How then should this be addressed? Dr Martin-Nagle suggests that part of the solution may lie in accessing offshore freshwater – but this will not only bring technical issues but complex legal questions as well.

The book considers both offshore aquifers and the possibility of recovering water from offshore methane hydrates, currently of interest in terms of energy. The latter would require some technological innovation and would require water to have a higher economic value than at present. The aquifers tend to be closer to shore, within Exclusive Economic Zones controlled by nation states in international law, while methane hydrates will also be found in the outer continental shelf, affecting the possible legal regimes for their exploitation.

After an introductory chapter addressing the water crisis and setting out the scope of the book, three substantive chapters look in turn at the international law rules governing seabed resources, the law of the sea and boundary disputes; land-based freshwater resources, including the principles of equitable utilization and 'no significant harm'; and offshore hydrocarbons. The chapter on the seabed also addresses the sustainable development principle and how it has emerged over the last half century, from Stockholm to Brundtland to Rio and culminating in the Sustainable Development Goals. It also deals with the protections that are required in any exploitation of the marine environment. The chapter on freshwater includes analysis of transboundary (land-based) aquifers, where there has been significant recent scholarship. The chapter on hydrocarbons investigates different governance structures, treaty law and also case law and arbitral awards which might potentially be applied to groundwater.

Chapter 5 brings the whole together and sets out a way forward to address the possible exploitation of these novel sources of freshwater. The first part sets out the legal rules that the author expects would apply to the exploitation of these resources, based on approaches to boundaries and sovereignty in international law, within both the Exclusive Economic Zones and the outer continental shelf, which she has explored in earlier chapters. The author expects the current legal regimes for exploiting hydrocarbons to be especially relevant, but also existing treaties applying to all 'natural resources'. Nonetheless she anticipates that if and when the exploitation of offshore freshwater resources is under serious consideration, none of these existing legal regimes are likely to be adequate. At the point when new treaties are being considered, the law on transboundary freshwaters is also likely to be utilized, including the development of customary law on land-based transboundary aquifers.

The first part of chapter 5 identifies a series of scenarios and the likely applicable law in each. The second part of chapter 5 looks at the future use of these resources in the context of some 'emerging trends' – including the right to water, the concept of benefit-sharing, and the idea of freshwater as 'global commons'. Although noting the difficulties that ‘large, entrenched human systems’ experience in responding to global crises, whether humanitarian or environmental (and we might now add, health), the author sets out a case for utilizing benefit-sharing and justice principles to underpin any decisions to utilize these non-renewable, hence precious, resources. This may be a little optimistic, but is argued well, and there is some recognition of the wider dis-benefits of any extractive approach (compared, for example, to using the water we have more efficiently, making such offshore extraction unnecessary).

This fascinating book addresses a topic where little, if anything, has been written, from the perspective of international law. It will be of use to scholars and researchers certainly; ideally, to policymakers and business people; to legal practitioners; and to graduate students. Importantly, it should be of interest to researchers and practitioners in energy as well as environment and water.