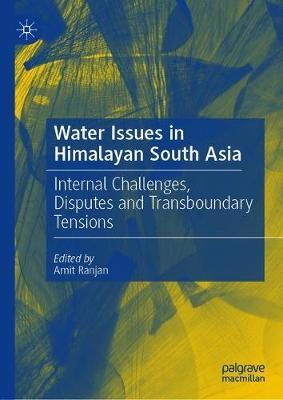 The collection 'Water issues in Himalayan South Asia' deals with a broad subject, and encompasses country studies from Nepal, Afghanistan, Bhutan, Bangladesh, Pakistan, India and China. It thus uses an extremely far-ranging definition of 'Himalayan South Asia', as the editor rightfully notes (Preface, page vi). The rather brief preface allows a topical introduction, but leaves aside elaborate theoretical considerations. Hence, the country studies need to speak for themselves.

For a start, Akhtar and Shah paint the image of a perfect storm in their portrayal of Afghanistan’s water-related challenges: Climate change, armed conflict, inequalities in water distribution between upstream and downstream users, inefficient irrigation technology, and illegal groundwater extraction combine to escalate problems of water scarcity. On the local level, water-related strife is even seen as a root cause for ethno-political conflicts. This is what the authors aptly describe as the "nexus of insecurity, water scarcity and contestation and underdevelopment" (p.19). Fragmented statehood and weak institutions are adverse to notions of sustainable water management, and the worsening biophysical conditions add to decline in water availability. The chapter underlines the need for environmental peace-building (Swain 2016) to solve the problems of water supply.

Punam Pandey’s chapter on Bangladesh is included in the book due to Bangladesh’s dependence on the Himalayan River system. The country is often seen as an epitome of climate vulnerability due to droughts, sea level rise and above all its flood proneness. Bangladesh’s topography is defined by the Ganga, Brahmaputra and Meghna river basins. This has stark hydropolitical implications. Pandey notes (p.33): "Bangladesh faces serious water security concerns as it is always at the receiving end of the upstream river practices of India, Nepal and China". Flood control and water quality issues are among the most pressing issues to Bangladesh, and international aspects contribute largely here. The chapter ends with an appeal to stewardship of the Himalayan ecosystems, and a call for reform of agricultural water management policy.

The small Kingdom of Bhutan is subject of the third chapter. Here, the emphasis is on the potentials and challenges of hydropower exploitation; hydropower is produced with technological support of India, and also exported to India. This illustrates the role of India as a patron of Bhutan in economic and geopolitical matters. In the author’s perspective, hydropower appears to be a mixed blessing, as it is associated both with wealth creation and environmental degradation. Hydropower is also the main concern of the chapter on Nepal. Here, Sanju Koirala, Prakash Bhattarai and Sarita Barma provide a stakeholder analysis of social conflicts over hydropower and present three case studies to support their analysis. The authors explain that hydropower conflicts in Nepal are often not so much driven by environmental concerns than by workers’ struggles or questions of compensation. They also point to the lack of deliberation in planning processes, which tends to increase conflict severity with regards to hydropower projects.

Honk Kong’s water security in a South Chinese context is the subject of a chapter employing new institutional economics (NIE) as a theoretical foundation. Kris Hartley utilizes an ambitious hybrid model of Elinor Ostrom’s Institutional analysis and development (IAD) framework and Jensen and Lange’s Transboundary Water Governance in order to explain the water supply situation of Hong Kong. This hybrid understanding is applied in a meaningful manner. Hartley also points to climate change and political tensions as potential factors impacting the delicate hydropolitical relations between Hong Kong and Mainland China in the context of the One County Two Systems policy. Still, the inclusion of a chapter on Hong Kong in a collection on Himalayan South Asia appears to be far-fetched and geographically not justified; in contrast, the collection misses a chapter on the Tibetan Plateau.

Ruchi Shree, in her contribution, is mapping water disputes across India. She develops a typology of domestic water conflicts, from inter-state river disputes and inter-sectoral water allocation to anti-dam movements and water privatization struggles. Here, we find a discussion of water scarcity as a social construction (Mehta 2011). On the other hand, the chapters on Afghanistan and Pakistan, as well as the editor’s contribution, reiterate the old trope of population growth as a root cause of water scarcity.

Amit Ranjan, in his synthesis chapter at the end of the collection, provides an overview of the core water-related problems of Himalayan South Asia, one that I would have liked to see at the beginning of the edited volume. He focuses on transboundary water disputes, which are prolific in the region. The chapter remains largely descriptive, without a theoretically motivated analysis.

Overall, the collection has the merit of combining highly significant country case studies. However, I had the impression that it could have benefitted from more editorial stringency. A further reason why the collection lacks a more comprehensive common thread might have been the cross-scalar and broad-range topic of 'water issues' and the rather loose definition of 'Himalayan South Asia'. Given the high relevance of water-related conflicts to the region, this appears like a missed opportunity to publish a standard collection of contemporary case studies from the region.