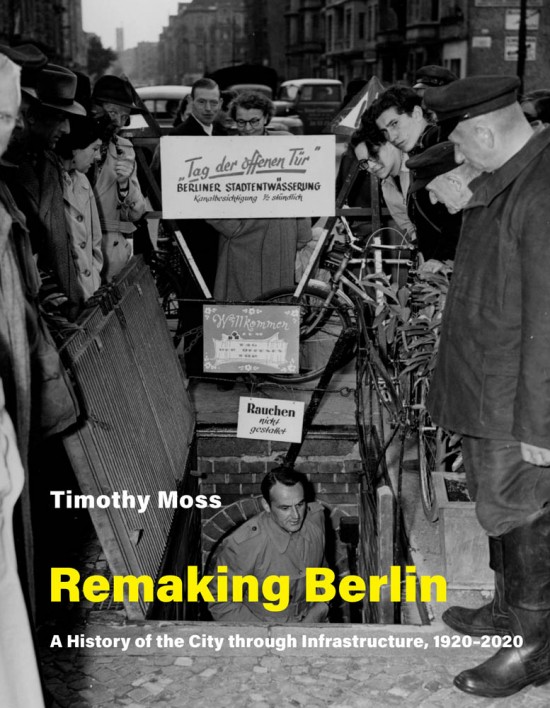 In our society, being marked by a complex division of labour, infrastructures serve as material, cultural and institutional intermediaries. Today, hardly anything functions without them when it comes to supply, transport or communication. Nevertheless, infrastructures went unnoticed by professional researchers for a long time, which is also due to their relieving character. Now, however, the history and ethnography of infrastructure is booming. More and more pioneering studies are widening our perception to the diverse and far-reaching consequences that infrastructural networking has brought with it.

In this context, an early research thesis was that the long-term nature of investments, as well as the reliability with which they are supposed to function when possible, also meant that infrastructures were relatively persistent in the face of political change. Differentiating this thesis enters a study in which Timothy Moss follows the history of infrastructures in Berlin between 1920 and the present. The city certainly was one of the most dynamic in the 20th century, but also one of the most politically fractured in Europe. This is precisely why a history of Berlin's infrastructure is so revealing.

The book shows that the impression of permanence is mostly a superficial one. In the complex field that constitutes infrastructure, there have always been exceptional situations in which large and small policies have sometimes had fundamental effects on infrastructure. This is true, for example, in the extension of urban prosperity to a large metropolis (Gross-Berlin) in the 1920s, in the establishment of the NS-idea of segregation, which affected mainly Jewish citizens in the 1930s, in the question of reconstruction after World War II, in the question of the Berlin blockade in 1948/49, then also in the attempts to establish a kind of self-sufficiency of supply in West Berlin. But it also applies to the challenge posed by protest movements against the non-ecological energy policy in the 1970s/80s, and not least to the integrated planning of infrastructure and society in East Berlin between 1945 and 1990.

The book is meticulously researched from archives, literature, and interviews, and it is well written. Central is a story full of political shifts and often strange and conflicting developments. Nine tables and more than 80 pictures that have rarely been seen before add to the book’s vividness. It focusses on piped infrastructures (water, electricity, gas, sewers etc.) and demonstrates that throughout this century of turbulent political caesuras mostly a powerful build and supply paradigm was at work. Shortages came mostly from political decisions, not from a lack of resources.

The city’s multilayered story of urban infrastructural supply and demand, its social and spatial integration, but also its political enforcement and separation can historically be read like a palimpsest. This is, what Moss convincingly does. The assemblages, in which infrastructure was planned, build, contested and used proved very time- and space-specific and utterly dynamic. This "political history of Berlin’s infrastructures" (p. 4) is a strong addition to recent reevaluations of urban history.