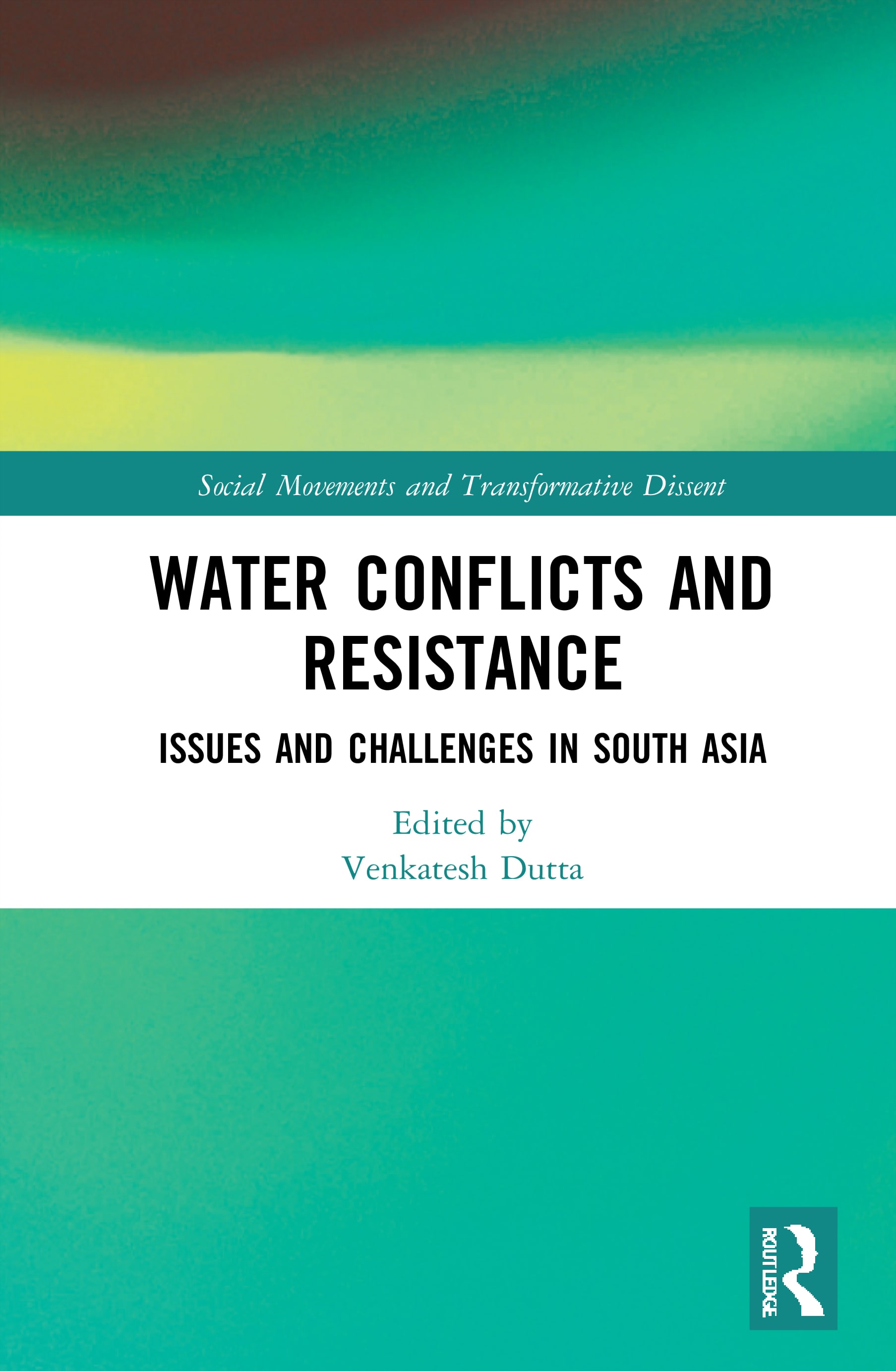 This books starts by stressing that existing freshwater resources are expected to meet only 60 per cent of the global water demand by 2030 (p. 1), making the prospects of conflict both real and a global concern. South Asia is a potential flashpoint, with nearly a fourth of global humanity accessing just over 8 per cent of global renewable water resources. The majority of this population is poor and agrarian, and accounts for the bulk of water consumption through irrigation. However, this water is increasingly contested by demands from a rapidly growing and diversifying economy.

Understanding the nature of water conflicts in South Asia beyond this point, however, has remained fragmented and largely incoherent.

These fragments are analysed more deeply in this book. A dozen chapters, authored by a group of academic researchers and civil society activists (a mix of experience and youth as well), deal with different dimensions of water conflict, ranging from theory to praxis and transboundary to regional and local issues. There are six chapters under the first part, covering transboundary water issues in the Indian sub-continent. Five of these chapters deal with the details of various known (such as the Indus Waters Treaty and the Ganga Water Sharing Treaty) and less-known (such as the Gandak River Agreement) transboundary water treaties across the Himalayan frontiers of India, to the west, north and east. There are another five thematic chapters under the second part of the book that cover conflicts related to urbanisation and change of flows, the gender dimension of disasters, water scarcity and human security, riverfront restoration, and water reallocation. These chapters consists of case studies that deal with changing social relations against the backdrop of enduring political power structures that define water allocation and determine appropriation.

Sunil Amrith, in his book ‘Unruly Waters’, has already traversed the geopolitically fractured Himalayan landscape to explore the deep historical roots of the present water management paradigm in its complex social and environmental context. Sudipta Sen has gone deeper into the history of Ganga, the most holy and defining river system in South Asia, while transboundary conflicts driven by water stress in Asia, a continent where both populations and aspirations are exploding, has been defined as the ‘crisis of the twenty first century’ by Brahma Chellany.

In the first chapter, the Editor builds on these earlier works and proposes a framework (Figure 1.3) focusing on scale and power disparities within the institutions responsible for the governance of interstate rivers and related water disputes. The framework also emphasizes a triad made of the unique ecological factors of the Himalayan rivers, the continued influence of western engineering and planning approaches to tame these ecosystems, and the views and values of a population that has lived with, and worshipped the myths of its rivers. South Asia, he concludes, is a region of "commonality of interests, and commonality of conflicts" (p. 3).

This book contributes to the literature on water conflicts in South Asia by further exploring three perspectives. First, the importance of ecology is highlighted, both in terms of river systems and landscapes. A few chapters deftly weave in the unique ecological complexity of Himalayan rivers, such as their seasonal flow variations in response to the monsoons, their transport of enormous quantities of sediment (which is often underplayed in official documents), and their contribution to human settlements and civilisations, particularly in India and China.

Contests, conflicts, and cooperation coexist in the region where water sharing is more than a mere physical allocation of water. This is the second important perspective, the idea that scarcity is a social construct rather than a physical phenomenon. It is illustrated through a series of case studies that deal with issues of urbanisation (chapter 8) and gentrification (chapter 11), structural inequalities in disaster response (chapter 9), coping with drought (chapter 10), and the allocation of irrigation water (chapter 12). Whether it is in the implementation of different transboundary water instruments or in diverse development programmes, what stands out of these cases is the current State centricity and a predominantly technocentric approach. These chapters help shifting the narrative away from the linear and simple 'scarcity induces conflicts' rhetoric towards a more nuanced understanding of power equations that tend to exclude the marginalised, often through the use of technology.

Inclusivity, then, is the third, and perhaps the most important, dimension of this book. All chapters are underpinned by a deep concern for iniquitous power structures that determine institutional processes governing water use. They also stress the need to open the space for civil society to influence decisions in water allocation and use. The underlying factors for structural inequalities and the basis for inclusion are discussed in chapter 2 that deals with the concepts of conflicts and disputes, cooperation and conflicts, international norm formation and global solidarity through activism. This chapter emphasises active recognition of interdependencies, mutual value creation, and adaptive learning and management. However, it is a bit of a belaboured exposition that leads to a rather intuitive conclusion that "negotiated cooperation offers the most contextually inclusive path for instituting the enabling process for resolving transboundary disputes" (p. 50).

While the book succeeds in highlighting the multi-dimensional complexity in water conflicts and identifies many shortcomings of current institutional processes for their resolution, it is unable to chart a pathway forward. Instead, the repeated appeal for the inclusion of stakeholders appears to be a thin guise for advocating the inclusion of civil society activists at the policy table. The irony of this approach is that legitimacy of civil society involvement is often sought from the participation of state actors, such as serving or retired bureaucrats and technocrats. The question of who represents the stakeholders, then, continues to remain contested.

“Water conflicts” are both a cause and an effect of existing societal fissures at several levels, be it between users of essential water versus luxury water,  agricultural versus industrial consumers, rural versus urban habitations, or simply societal haves versus have nots. The book invokes the word “resistance” (in the book and the final chapter titles) but tiptoes around the fact that resistance can have multiple drivers and is surely not one-sided. Instead, it chooses to frame the various contestations for institutional controls as if they talked past each other, challenged as they are by siloed academic perspectives. The end-product seems rather tired and resigned.