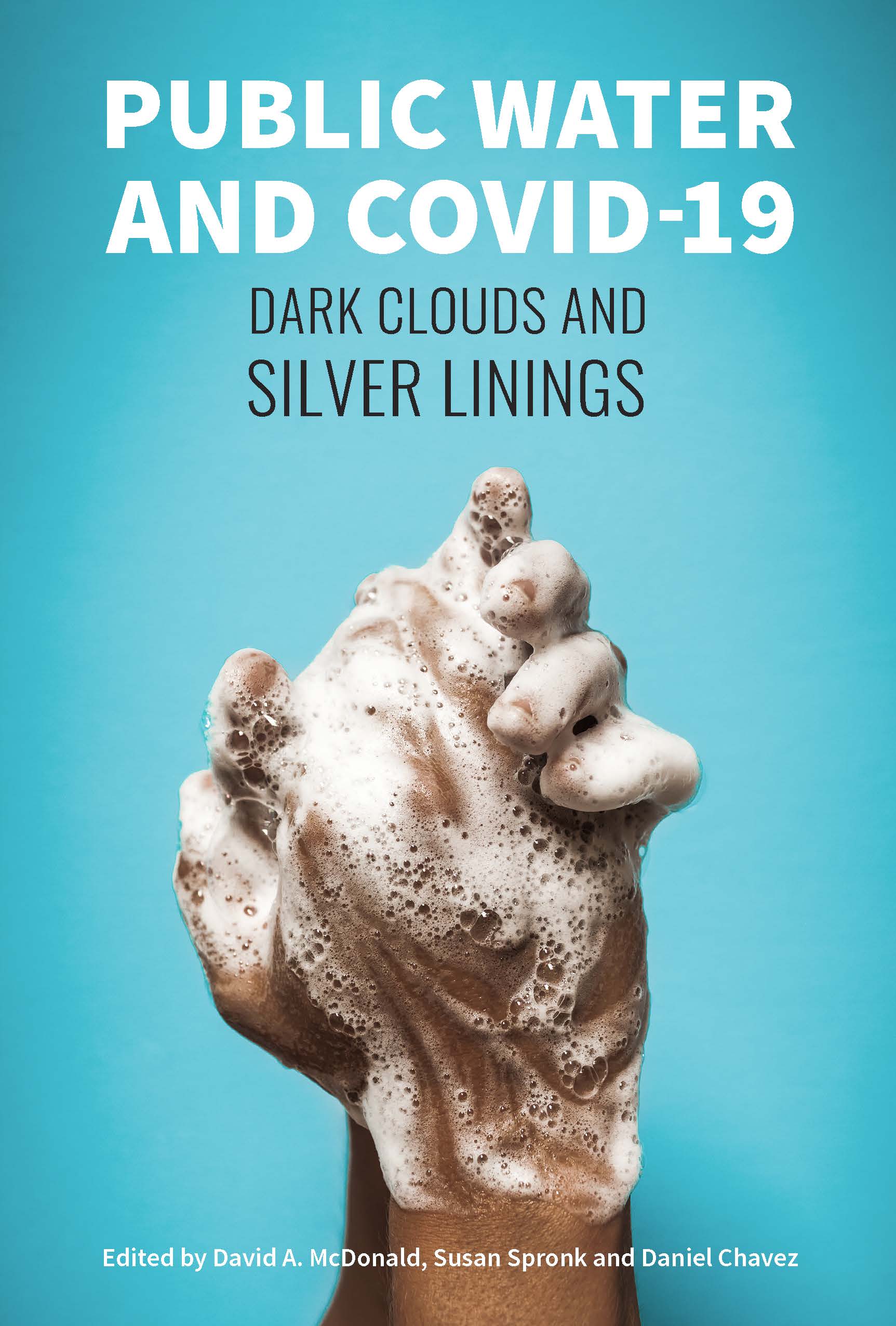 All those who have had the pleasure and pain of editing a volume should take their hats off to this "rapid response" (p. 20) book exploring how public water operators across the world dealt with the Covid-19 pandemic. First, because it is monumental, consisting in 28 chapters written by a multidisciplinary group – geography, political science, anthropology, planning, economy, law… – of scholars, activists, political leaders, as well as representatives of local institutions, water operators and their networks. Second because it was written mostly between May and August 2020, in a time of global lockdown and challenging circumstances. As the editors and authors' profiles suggest, this book stands at the junction between engaged scholarship and reflective activism for public water. The title already hints at the main idea behind the book, namely that Covid-19 represents "both a threat and an opportunity for improved public water" (p. 2). This idea is illustrated through case studies from all around the world: from Latin America, (Venezuela, Colombia, Uruguay…), to Europe (France, Germany, Finland..), from Africa (Ghana, Burkina Faso, Nigeria,…) to North America (US and Canada), with the striking absence of Oceania and Asia, only represented by a chapter on Jakarta (Indonesia).

Opening the volume with a quote from Arundhati Roy on pandemics "as a gateway between one world and the next" (p. 1), the editors recommend to read it "as a glimpse into the potential for public water services to act as portals to a better future – one in which water and sanitation services are available to everyone in safe, reliable, affordable and democratic ways, and advance public goods beyond their narrow utilitarian value" (p. 2). Such potential is well illustrated by the plurality and variety of emergency measures and grassroot experiences that national governments, local authorities, water operators, and communities put in practice to guarantee access to safe water in the first months of the pandemic: reducing tariffs, deferring payments, suspending cut-off, installing additional/emergency water points, supporting workers, promoting awareness campaign, adopting solidarity mechanisms at local, national and international level. This catalogue of "progressive actions" (p. 15) seems to me particularly important nowadays, when the burden of two years of pandemic elicits illusions of immunity and dreams of normality, going finally back to the old pre-pandemic routine. Instead, making memory of what has been possible during the first response to Covid-19 – including the challenges and the limits of such actions – could foster the imagination of new water governance values, habits, and practices for a "new-normal" during and beyond the pandemic. For instance, I found particularly inspiring the idea of máximos vitales (vital maximums) that social movements in Medellin, Colombia (Chapter 20, by Denisse Roca-Servat and Erika Meneses) are reclaiming instead of a "basic minimum" in water provision, to emphasise "the integral development and dignity of the human being, issues that cannot be addressed by covering minimum needs, but rather require that all forms of oppression and vulnerability be eradicated" (p. 450). Indeed, a recurrent theme in several chapters of the book is how the lack of access to safe water to properly cope with Covid-19 is a symptom of broader problems of social inequalities, gender disparities, racial discriminations, or political disenfranchisement.

The diversity of the experiences described in the book also calls, in my opinion, for a clearer systematisation or taxonomy of what public water services are, can, or should be. In the introduction the editors announce "an analysis of different types of 'public' water" (p. 1), they acknowledge "the importance of non-state actors in public water services" (p. 8), and clarify that they are "highly critical of certain types of public water operators; namely those that are corporatized and commercialised" (p. 8). From a pragmatic point of view, a more systematic analysis of which measures and solutions worked for specific types of public water systems could have helped water activists and operators to clarify and uptake "the potential for water public services to act as portals to a better future". From a theoretical perspective, such analysis could have contributed to the debate on another idea that recurs in the book and that is close to the hearth of its editors, namely water remunicipalisation. This notion proved in many cases effective in reversing water privatisation around the world, without however indicating a univocal direction in water services governance and management (McDonald and Swyngedouw 2019, Turri 2021). Remunicipalisation is generally understood as the process of bringing water back under public control: does the emphasis on the "municipal" instead of the "public" also implies a shift in scale (from the national to the local), actors (not only the state but also the community), or perhaps mode of governance (less hierarchical and more participatory)?

Looking for an answer in this book, I searched for references to the commons, which in my view encompasses the second terms in the above dichotomies (local, community, participatory). I found that in the 471 pages of the book the commons are relatively little mentioned among the "silver lining" of public water services. This is rather surprising, considering that in a seminal article Karen Bakker argued that anti-privatization strategies "centred on concept of the commons are more conceptually coherent and also more successful as activist strategies" then those adopting a human rights approach (Bakker 2007). Perhaps paradigms they are a-changing, since the book devotes a specific chapter to the human right to water, by Alex Loftus and Farhana Sultana, which plea for the understanding and achievement of the human right to water at the intersection with the broader spectrum of economic and social rights, echoing Medellin's máximos vitales. Instead, the commons are briefly mentioned by Mar Satorras, David Saurí, and Hug March in the chapter "Reinventing Public Water amid Covid-19 in Terrassa" (Spain), to emphasise "community-driven governance" and the "celebration of non-market values of water" (p. 68) manifested in the experience of citizens participation in the Terrassa Water Observatory. The commons are also mentioned in the case of Quebec (Canada) Blue Communities (chapter 27 by Isabelle Delainey) to recall the idea of shared responsibility among different actors, like municipalities, indigenous or religious communities, educational institutions, … Finally, Denisse Roca-Servat and Erika Meneses refer to the commons in their analysis of Medellin's public water, social movements, and community aqueducts (chapter 28). In all those cases the commons, rather than as analytical tool, are mobilised as political claim, framed as complementary and mutually reinforcing with the human right to water. In fact, the cases of informal water providers in Nigeria (chapter 17 by Susan Agada) and community aqueducts in Colombia (chapter 6 by Denisse Roca-Servat, María Botero Mesa, and Sara Correa Zuluaga) point at the key role that local communities and non-state actors have played, during the pandemic as before, in complementing, upholding, or replacing public water services, and in offering a safety net to the most vulnerable and to those who are not connected to the public network.