Water and power. A California heist 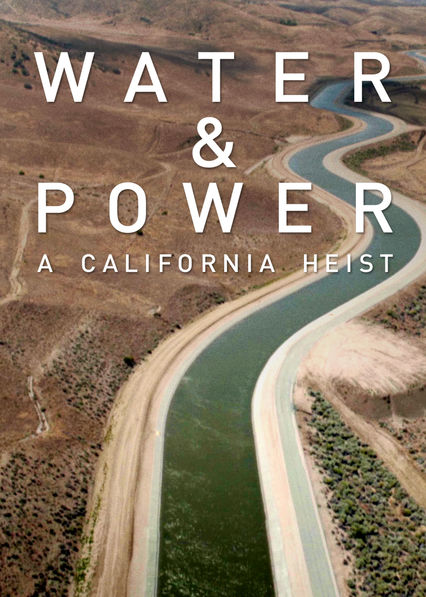 This documentary (1h20mins) narrates the complex processes of development, appropriation, and commodification of water in California. While anchoring the most recent water crisis on the personal stories of Latino and other disadvantaged communities who lack access to safe drinking water, it connects the narrative to California’s history and more recent, contemporary water grabbing developments. It zooms-in on the political and economic dynamics of extraction that are transferring and concentrating public water into the hands of wealthy venture capitalists and private companies while thousands of communities, over 1 million people in California, are left with no access to safe drinking water.

This documentary was published in 2017, a few years after the most recent and catastrophic drought in California. The documentary adequately frames the current crisis within the historical development and appropriation of water in California, touching on some key developments such as the construction of the California State water project and the San Luis Dam. Subsequently, it intricately depicts the Monterrey Agreement of 1994, intimately describing the motivations behind the agreement, its participants, the content and process of negotiations, the impact of the agreement, as well as the lack of due process pursued by the participants, including the government, and the resulted environmental impact report. In parallel, the reporting also touches on the more recent water grabbing efforts that took place during the latest drought. A shift from mining surface water to groundwater as the next generation of water grabs in California, the documentary exposes how venture capitalists and large private companies are acquiring previously unused land and small farming proprieties to accumulate surface and groundwater.

Over 25 water experts representing diverse water interests are presented and contrasted to knit the presentation of the water justice crisis taking place. The access to key interviewees is outstanding, from the former California Governor Jerry Brown, to Tim Quinn and John “Woody” Wodraska who formerly represented the most important urban users in the Monterey Agreement of 1994. However, the documentary would have benefited from adding perspectives from two fronts: 1) A more nuanced environmental history perspective from scholars and Valley city planners who have either studied or implemented racialized policies of “municipal under-bounding” that selectively incorporated communities to formal water systems (Anderson, 2008; Anderson, 2009; Mukhija, 2010; Mukhija and Mason, 2013; London et al. 2018); This has resulted in the creation of various “classes” of water users, those who are incorporated and therefore counted in the distribution of drinking water in the Central Valley, and those who are not incorporated and predominantly rely on private wells and others small systems. 2) The grassroots and policy advocacy perspective that is different from the legal one, which has predominantly defended the environment or the general public. Activists, local leaders, and water justice non-profit organizations have taken a seat at the table of the water conversations since the latest drought. However, those voices could have been better represented in the documentary, adding nuance and a more complete picture to the story depicted.

In summary, the documentary presents a nuanced story of the complex processes of development, appropriation, and commodification of water in California. Further exploration on the orchestrated history of racialized policies that have created the water injustice crisis in the Central Valley today is needed to adequately understand the social, economic, and political processes that continue to shape water access in California.