RiverBlue: Can fashion save the planet? 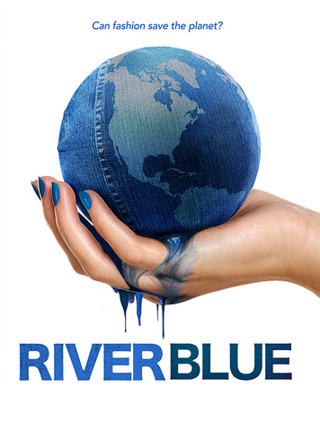 RiverBlue is a documentary exploring the effects of the fashion industry on rivers and posing the question ‘Can fashion save the planet?’ It is intended as an environmental river project to instigate change in the industry (RiverBlue, 2019).  Using Entman’s Framing Analysis (Entman, 1993) as a guide, the following analysis explores the message of the film and critically analyses its effectiveness.

This film is beautifully produced, shot in 5K and precisely scored.  It takes the audience on a moving and convincing journey.  It is persuasive. However, how effective are its methods in achieving its goals? According to Entman, the power of a piece’s communication is in how it is framed.  In specifically ‘defining the problem,’ ‘diagnosing its cause,’ ‘making a moral judgement’ and ‘suggesting remedies’, the frame is established (Entman, 1993:52).  In examining RiverBlue’s frame, we see the film communicates a strong environmental message, but cannot instigate change as effectively as it sets out to do.

The film works within a narrowly defined framework, identifying the problem as toxic pollution in rivers caused by the mass-market and unregulated production of blue jeans. Though the dangers and unpleasantness for people living and working in this environment is mentioned, the film focuses on the rivers as the object of suffering.

The film shows fast-fashion as the cause of the problem, however, it chooses to stay within the fashion industry to solve the problem.   This ‘Hollywood Approach’ is to work in the same way that High fashion dictates what is seen in the shopping malls.  Therefore, film takes a top down approach to delivering its message.  Presented similarly to a high fashion glossy magazine, we only hear the voices of the influential and expert who speak for the rivers and for the ordinary person.  The voices of those living and relying on the river, working in the factories or purchasing the mass-market jeans are never heard.

Similarly, RiverBlue relies on the striking images and influential voices to persuade us as consumers to make ethical, sustainable choices.  However, there is little scientific explanation or evidence used.  Perhaps this is for the same reason that Paul Richard reveals in his review of Traceable where he explains that, in the context of fashion, taking ‘… a rational approach to changing environmental behaviour, appealing to reason through an expose of facts and figures, is bound to fail… by emphasizing the values that motivate fashion buyers (beauty, distinctiveness, authenticity) and populating [the director’s] movie with vibrant images of undeniable appeal, she is more likely to reach an audience that would otherwise tune out an environmental message’ (Richard, 2017:46).

Using this top-down approach, the solutions explored are innovative, high-tech manufacturing responses to creating the desired distressed effects on denim in a more sustainable way.  Moving away from using the standard chemicals, the designers interviewed show their use of lasers, compressed air, or chitosan.  Louigi Caccia of Italdenim explains that it is hard to compete with the mass-produced products who use inexpensive chemicals in countries that have no environmental regulations.  Despite admitting that the designer jeans are expensive, the film showcases them. Consequently, opportunities to influence the industry in other ways are missed.  There are no mass-market, high-output solutions discussed.  Working to change government policy and regulation is not mentioned.  Similarly, the opportunity to use high-fashion influence to change what is desired away from a heavily distressed denim look is missed.

RiverBlue does not take on the difficult task of directly challenging governments or corporations.  Instead, the film takes a reductionist approach making the consumer responsible for the problem and the change that needs to happen to solve it.  Each of the designers interviewed tells us that change will happen through the consumer ‘voting with their dollar.’  Mark Angelo states, "I think all corporations have to be held accountable for their environmental practices and no one, no one, has a right to damage or destroy a river…in the end the consumer has a lot of power and if more and more of us sought out clothing that was made in an environmentally friendly manner that would go a long way to  improve things…" (RiverBlue, 2016).

It is a positive and hopeful message to end with the successes of the Greenpeace Detox campaign.  However, it seems ironic that on the film’s website, in the ‘take action’ section, we are encouraged to go to their fashionheroes.eco site to find out where we can buy sustainable jeans. (RiverBlue, 2017).  The site lists 18 high-end jean brands.  Yet, when clicked on, a 404-error message occurs, and no information is available.

In conclusion, this thought-provoking and stunning film moves towards its goal, but because of its specific approach of staying within the high fashion industry to fix the fashion industry problem and ultimately identifying the consumer as the agent responsible, it has limited its efficacy as an act of activism.