Aghbalou - The source of water 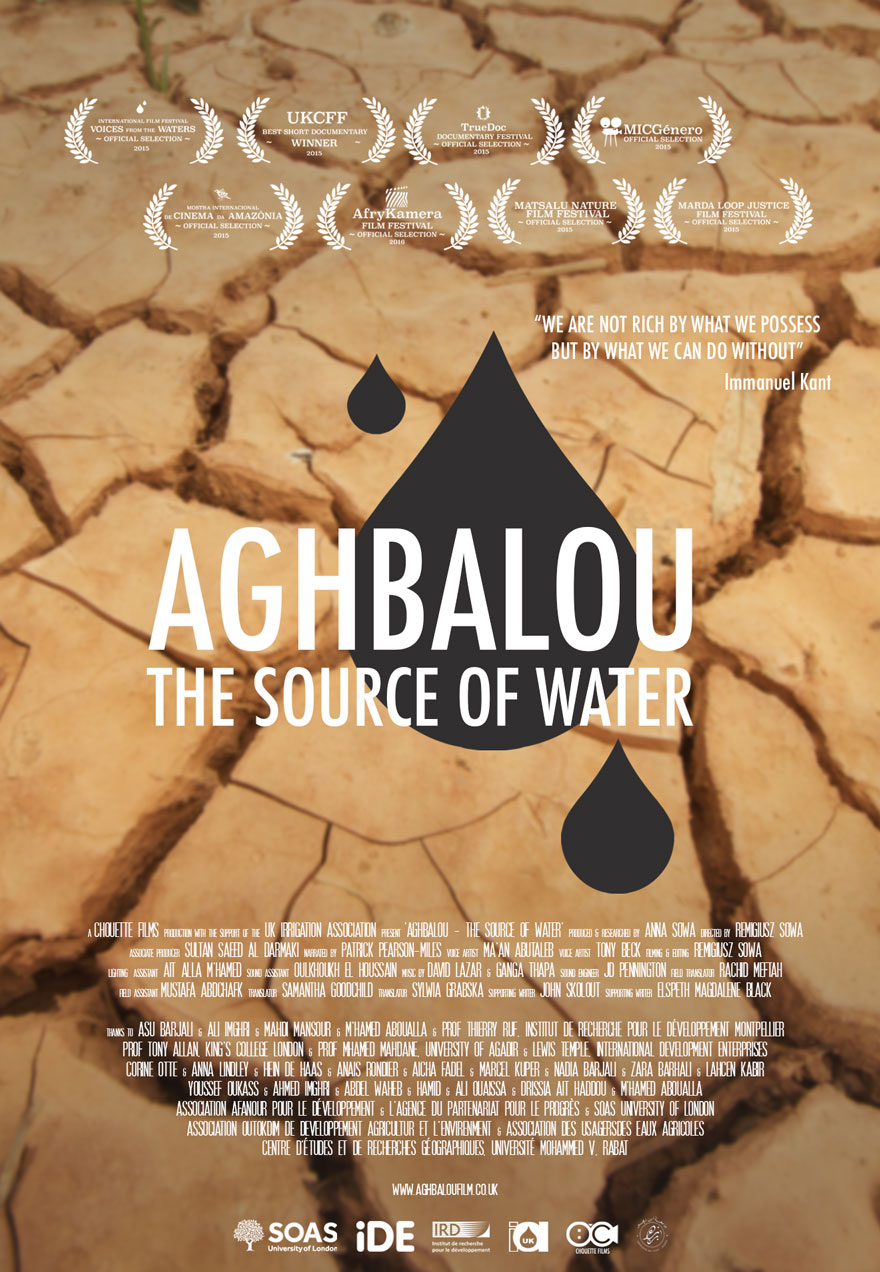 After a broad introduction about the importance of water for humans and nature ("water is embedded in everything", "It brings hope and despair", etc), this 29 minute-long documentary focuses on the khettara systems of Tinghir in Morocco's Todgha valley. (Khettaras, or qanat in Iran, are quasi-horizontal underground galleries excavated to abstract groundwater).Through interviews with local farmers, a khettara manager and an expert (Thierry Ruf) we learn about their functioning, their vulnerability to drops in water levels and massive groundwater abstraction, the collective rules established over time and the heritage they represent. The discussion also widens into the issue of drip irrigation, its benefits and drawbacks, and a collective drip-irrigation project pumping groundwater with solar energy is presented. The film also features the late Prof Tony Allen who briefs us on virtual water trading.

This pleasant documentary, of good technical quality, is a nice introduction to the khettaras of Tinghir, one of Morocco's valleys where they are still functioning and delivering water to farms. We understand their crucial role for livelihoods but also how they structure society within these oases. Wells are presented as their main threat but Tinghir's khettaras seems to have so far escaped from destruction because of the protective rules enforced by locals. This aspect, which speaks to the wider debate about the sustainability of communal irrigation systems, could have been further developed.

The benefits of drip irrigation are emphasized, with one local claiming that "there is no doubt that this is the future of agriculture in the region". While negative aspects (soil salinization, unaffordability for small farmers, dumping of plastic waste) are duly mentioned, the relationship between this new kind of irrigation scheme and the oasis remains unclear. Is groundwater abstraction competing with the khettaras? Is the solar energy used a boon or a curse, since its free nature may promote agricultural expansion and unchecked abstraction? Are drip irrigation systems really saving water? Do they make sense for the oasis itself? Because of its limited duration, perhaps, the documentary does not enter into such details. The time devoted to discussing the issue of virtual water –which, eventually remains weakly connected to the core subject of the film- could have probably been better used to expand on the challenges faced by the khettaras. Despite these limitations, the film is a nice watch that will arouse the curiosity of those unfamiliar with khettara systems.