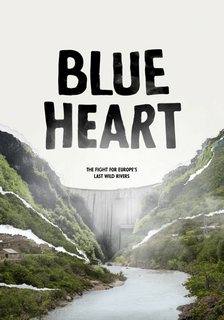 This 45-minute documentary supports the campaign “Save the Blue Heart of Europe” against the frenzy of dam building sweeping across the Balkans. It emphasizes local opposition to dam construction in Albania, Macedonia and Bosnia and Herzegovina, and focuses on theree cases where social mobilization has succeeded in halting the construction of dams.

In Kuta, Albania, people have rose against the Poçem dam and successfully appealed to a court. Corruption and cosmetic consultation of people are features of dam building in Albania, with 500 dams planned. In Macedonia, 19 dams are planned to be constructed in Mavrovo Park, home to the balkans lynx endangered specy. Fragmentation of its habitat would lead to its disparition and people have sued the government for not respecting the Berne Convention, leading to the withdrawal of the BERD, the financier. In Kruščica near Vitez,Bosnia and Herzegovina a group o women has also deterred, for almost a decade, the construction of a dam on their river.

This film draws attention to a little documented facet of dam construction, that currently taking place across the Balkans, where close to 3000 dams have been planned in a region where the bulk of the rivers are still largely pristine. It presents emotional accounts of how local people have united against what they see as an assault against biodiversity and the destruction of their rivers.

The film provides no background on the current situation of energy needs and production in the region and little on the political economy background (there is only a passing reference to iron trianles in Albania and associated corruption). One would wish to better understand which are the construction companies, hydrocracies and financiers behing this dam frenzy in a region presented as the last Eldorado of the dam industry. This weakness probably reflects the choice to focus the message on the need for and potential power of people uniting against imposed top-down construction of dams. It does achieve its objective while doing a good job at raising awareness about the situation in a region that often remains below the radar screen of western media and virtually absent from the academic literature on dams. It also certainly provides an invitation to people interested in dam struggle to look for more detailed information. The campaign website at https://balkanrivers.net/en/vmap is a good starting point.

Site of the campainers https://balkanrivers.net/en/vmap, with in particular an incredible map of all the dams planned and under construction.