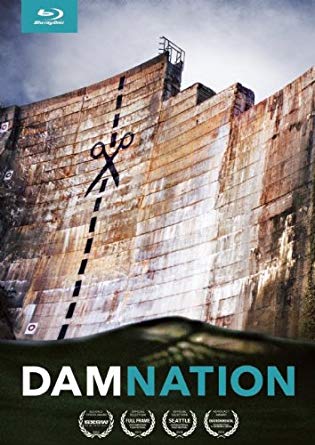 “This is an engineering victory of the first order – another great achievement of American resourcefulness, American skill and determination”. The film starts with the speech of Franklin Roosevelt at the dedication of Hoover Dam in 1935 and recaps what has long been seen as an odyssey illustrating America's greatness: the construction of 75,000 dams across the country. "If it flawed, it was dammed" says an analyst. In 1995 the head of the Bureau of Reclamation declared that "the era of dams is over" and, two years later, the era of dam removal began.

The film takes us through the history of some iconic dams, notably the Washington’s Elwha and Glines Canyon dams on the Elwha River, the largest dams to have been removed, the disastrous consequences of the Celilo dam and of the cascade of 4 dams on the Snake River for both local tribes and fisheries. Archival films alternate with scenic footages or encounters with hard-to-forget personalities, including the 94-year-old activist Katie Lee, part of an expedition in Glen Canyon before it was flooded in 1958, representative of local tribes expressing their sorrow, a U.S. Army Corps civil engineer in favor of removing the Snake River dams, but also opponents describing removal supporters as an “unabashedly nihilistic” (…) “lunatic fringe.”

Although large dams appear as a thing of the past in the US, the Susitna megadam planned in Alaska [cancelled in 2016 by the governor] serves as a reminder that capital-intensive projects remain attractive for many powerful actors.

This film is an advocacy piece that combines, in a convincing way, powerful cinematography with testimonies of colorful characters to make the point that dams are destructive for both humans and fisheries.

The film documents the societal change in values, from a glorification of man's mastery of nature to a view of human as part of the natural world, and undoubtedly contributes to shifting the dam removal idea from a marginal movement to the mainstream.

As David Montgomery, a geologist at the University of Washington, concludes in the film: “We don’t need to remove all dams now, but we should rethink all dams. If some no longer make sense, we should get rid of them.” The dam removal movement should not be painted as a radical anti-all-dam movement but rather as one which should now undertake the job that we miserably failed to do at the time of dam construction: sorting out 'good' and 'bad' dams based on a comprehensive and site-specific assessment of their economic, social and environmental consequences.

The film has received multiple awards