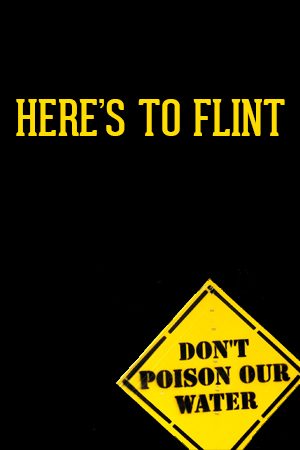 A poignant reminder of the pitfalls of accountability in bureaucracies, Flint, Michigan endured almost two years with drinking water contaminated with lead above the federal threshold.

The documentary “Here’s to Flint” shows the timeline of events that enabled the Flint water crisis, which resulted in criminal charges against former Governor of Michigan Rick Synder (Booker, 2021). The crisis began with the appointment of emergency management after the city struggled financially. In 2013, emergency management changed the water source from the Detroit regional water system to the newly created Karegnondi Water Authority, which sourced its water from the Flint river to cut costs. However, officials failed to apply the required water treatment for corrosion control and bacterial treatment, which caused the lead municipal water pipes to corrode, bringing lead and E. Coli contaminated drinking water into Flint homes. This was repeatedly ignored and denied by the state appointed authority, leading to conflict between the community and state that lasted until January 2021, when the responsible officials were criminally charged.

Although the documentary targets the political side of the Flint crisis, it also provides a clear and concise, albeit simplistic, understanding of what went just wrong. When the water source was changed to the new Karegnondi system from Detroit, no precautions were taken to mitigate the highly corrosive properties of the river water (Schwake et al., 2016). The eroded pipes in the distribution network deposited highly toxic lead into the drinking water. In a study of random households in Flint, the 90th percentile sample was almost double the maximum contaminant level of 15 ug/L for lead (Pieper, et al., 2018; US EPA, 2016). Violations of levels of Escherichia Coli (E. Coli) causing Legionnaires’ disease were also detected in the Flint drinking water (City of Flint, 2014; Schwake et al., 2016).

The documentary chronicles how these findings were denied by officials throughout Flint and the state of Michigan, putting homeowners at odds with officials. The 2014 Annual Water Quality Report states areas of the city experienced “rusty” water. However, the color was blamed on eroding iron pipes without any mention of lead, (City of Flint, 2014) even though the aging Flint water distribution system contains large amounts of lead service lines (Hanna-Attisha et al., 2016).

Through interviews with Dr. Marc Edwards, the ACLU reconstructs the groundbreaking use of citizen scientists to enact mass water testing through the city of Flint. Operating through churches and existing water networks, local families and college students collected irrefutable evidence that something was dangerously wrong in Flint, despite constant attempts to discredit the study. The documentary notes the importance of community action during the crisis. It also condemns the officials who were charged with providing clean water in the first place. Despite covering the failures of the local government, the documentary skims over possible technical solutions to Flint’s contaminated water.

Once water samples were collected, doctors also investigated blood lead levels in the affected households. Medical studies showed pediatric blood lead levels nearly doubled during the switch of water sources (Zahran, et al., 2017), highlighting just how damaging the impacts of the crisis may be. A report by Hanna-Attisha et al. (2016) states that 4.9% of children in Flint had elevated blood lead levels, which was a statistically significant increase. In some high affected areas there was even an increase to 10.6% of children with elevated levels of lead in their blood. High blood levels may affect neurological development, especially in children. The cost of long-term effects on the children of Flint is estimated to reach 65 million USD (Zahran, et al., 2017).

The documentary also exposes the environmental racism at play in the United States today, noting multiple times that the lack of response of officials was likely due to Flint’s high poverty level and city debts. An emerging topic of interest in environmental governance, the documentary appropriately addresses how the communities most at risk are often impoverished and of minority groups.

The documentary accurately portrays the root issues at cause in Flint, Michigan. All the accusations are supported by documentation and interviews, setting the stage for later battles in court.

Weaving together interviews, scenes of Flint, and footage of city meetings, the documentary forms a compelling case against the injustices faced by Flint. Coupled with hip-hop music, an idea of rebellion against the status quo emerges throughout the film, drawing the audience along with it.

The documentary focuses on factual evidence based on reports, letters and interviews as a tool for engagement. This factual, rather than an emotional, approach is informative and demonstrates knowledge and objectivity. The documentary clearly explains the serious issue of sacrificing health to save money. This focus on factual knowledge makes the documentary more powerful: the documentary makers do not need to speak to your emotion, because the problem and evidence speak for itself.

The director, Kate Levy, who is a documentary filmmaker, artist and media activist, worked together closely with Curt Guyette who is an investigative reporter at American Civil Liberties Union (ACLU) of Michigan. The ACLU works to protect freedoms and rights largely through courts and legislation in the United States. As such, the documentary focuses on how and where to place blame, backing up the work of their lawyers. In this sense, information is presented similarly to how this case would be argued in a court of law, rather than a cinematographic masterpiece. “Here’s to Flint” may seem a bit amateuristic due to the loud rap music and rough image transitions. This potentially could be explained by Levy’s relatively young experience in the field. Even though this might lead people to doubt credibility, the documentary overcomes this through the sheer amount of information provided.

Additionally, the documentary drew attention to the “Unlikely Hero,” a team from Virginia Tech working with local volunteers to plan a large scale drinking water sampling throughout Flint to scale the problem and confront the authorities. The sampling was done with additional measures to reduce the risk of tampering so that the results could not be disqualified. This speaks to the potential of citizen science and community action in future water monitoring and as a successful technique to hold governments accountable.

America’s Water Crisis: From contamination in Flint to shortages in the southwest (Film Reviews)